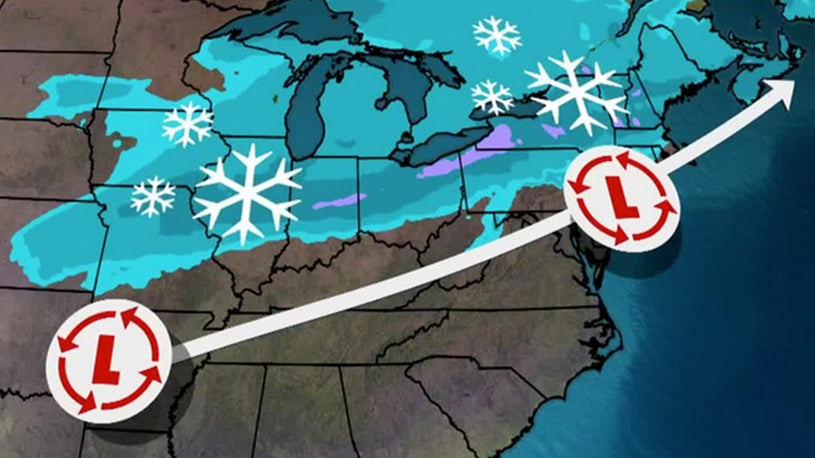 A winter storm is bringing snow, low visibility and dangerous road conditions to parts of the Plains and Midwest.

At least 17 students were injured when a school bus went off a snowy highway near Emporia, Kansas, on Wednesday morning, according to the Kansas Highway Patrol. All sustained minor injuries.

The incident happened about 14 miles south of Emporia on the Kansas Turnpike.

(MORE: More Snow Ahead from Plains to Midwest and Northeast)

“At the time, the roads were a little slushy – we do a good job of keeping those roads as clean as we can, but we can’t really beat Mother Nature all the time,” KHP Lt. Dave Hundley told The Weather Channel.

About 2 inches of snow had fallen in the area, according to the National Weather Service.

The storm has been named Winter Storm Mabel by The Weather Channel.

A mobile Doppler radar unit carrying a storm research crew from the National Weather Service and NOAA got stuck in a ditch when visibility dropped to zero near Grand Forks, North Dakota, Wednesday morning, KFGO.com reported.

Vince Goden, a meteorologist with the NWS, said the unit was sent from Oklahoma to study the winter storm. But the weather moved in “a little sooner” than expected and the team got stranded.

Interstate 29 was closed in both directions in North Dakota at 9 a.m. local time Wednesday, according to the North Dakota Highway Patrol. The road was completely reopened around 2 p.m.

The North Dakota Department of Transportation had issued a no-travel advisory for much of eastern North Dakota due to near-zero visibility caused by blowing and drifting snow.

Earlier, the highway patrol posted that troopers were responding to numerous accidents.

Video showed little to no visibility in the Fargo area early Wednesday morning.

Authorities were also advising travelers to stay off the roads in Northwest Minnesota.

The Weather Company’s primary journalistic mission is to report on breaking weather news, the environment and the importance of science to our lives. This story does not necessarily represent the position of our parent company, IBM.

Motorcyclist injured in crash into median